Samad’s new Q-Starling uses stylistic cues from classic fighter planes and contemporary sportscars, while establishing a few of its own.

Samad Aerospace says the design of its new two-seat VTOL concept, the Q-Starling, was inspired by everything from the P51 Mustang to the Hawk fighter jet to a Maserati, although there is also something nautical about its broad, almost duck-billed nose and swept-up underside. Its unique appearance reflects a larger sense of innovation that extends even to the Q-Starling’s function and mission. The company calls it “a jump plane for the jet-set.”

One of the few VTOLs in the personal aviation vehicle (PAV) category, the Q-Starling is not a helicopter or drone design, but a bi-wing design. The company thinks the design will be an advantage in the early stages of VTOL adoption because the airplane design is more in line with existing air-traffic regulations and landing infrastructures.

Ultimately, however, it’s going to function as a VTOL.  For take-off and landing, large doors on the underside open to expose a large hover-fan powered by a hybrid diesel-electric turbo-generator and battery bank. Smaller fans in the wing tips and tail provide stability and maneuvering. Once the doors are closed, the large fan creates enough forward thrust to generate a projected cruising speed of 300 mph with a 500-mile range. 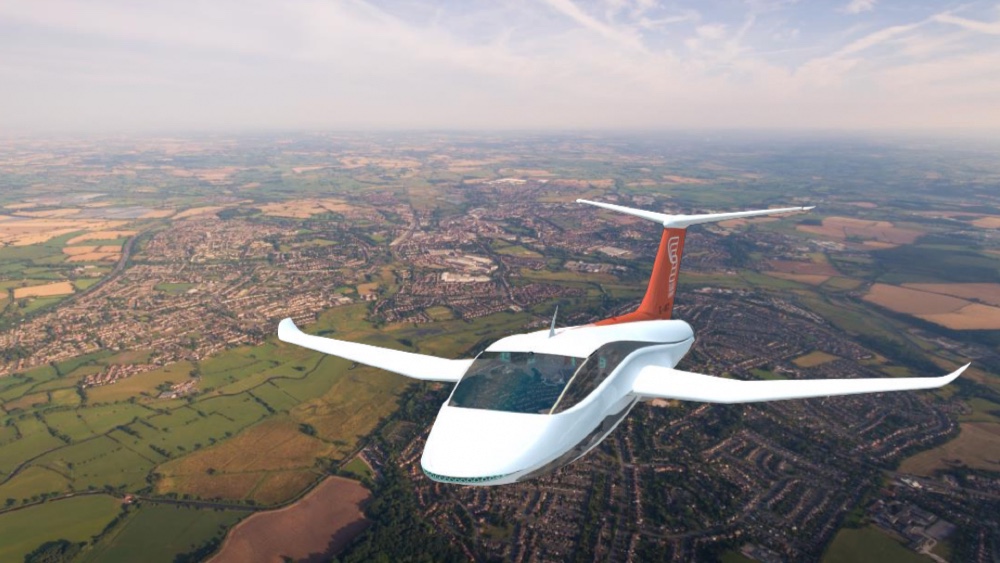 Instead of the futuristic helicopter design of most vertical takeoff and landing aircraft, the Q-Starling looks more like a conventional airplane, incorporating features from classic warplanes and contemporary sports cars. Samad Aerospace

Safety features include built-in fail-safes to ensure the craft does not leave its flight envelope, and a full-body parachute that deploys in an emergency. The company says that flying will be intuitive enough that it will require only 10 hours of training for those who already have a standard private pilot’s license.

That’s because the stick and pedals associated with conventional aircraft are gone, replaced by fly-by-wire technology and a robust flight-control system tied to a single joystick. They all work together to manage the transition from vertical to horizontal flight, and automatically adjust fans during take-off and landing, even as the pilot maintains full control. Transparent panels in the underside allow the pilot to see the ground as he lands.

Elsewhere inside, the company says it has tried to mimic the styling of high-end cars, including Aston-Martin and Jaguar, to give it a lavish, sporty sensibility. “The Q-Starling will give owners the ultimate luxury in personal hybrid-electric flying,” says Dr. Seyed Mohseni, CEO of Samad Aerospace, adding that the aircraft will give the pilot and passenger “unparalleled point-to-point mobility options.”